The Office of Religious Life understands interfaith to be the accommodation and support of diverse religious communities, the fostering of interaction between those communities on a student and community level, and the religious-secular encounter, as a part of civil society, on campus and in the public.  Our interfaith programs include in-depth internships, exposure trips, community building, community service, and religious diversity education for students.

Princeton’s Office of Religious Life offers summer Faith Based Internships (FBI) for secular and religious students through three discrete programs. Each program approaches religion differently: students can work for a secular agency that partners with religious groups and learn about religion, or students can work with a religious non-profit that is faith driven which provides an opportunity to deepen one’s faith or learn about another and offer an opportunity for Princeton students to intern domestically or abroad over the summer with ORL partner organizations.

Hidden Chaplains They are not your fellow students or professors. They are the people on campus who change your day with a smile or hello, who with their quiet generosity and work, make Princeton University ever more caring.

The Religious Life Council (RLC) is a group of 25–30 religiously diverse students who model interfaith cooperation through weekly gatherings around topics of shared concern as well as public programming.  Graduate Religious Life Council (GRLC) is a group of students who are interested in cultivating conversations between people of different faiths and professional backgrounds.

Partnering with Princeton University Concerts, Live Music Meditation is an hour long meditation, led by Dean Matt Weiner, during a performance by distinguished guest musicians.   This event is held several times during the academic year.

The Burma-Thailand Project is an ongoing exploration of religion and civil society in Southeast Asia centered around a semi-annual exposure trip to the region.

Contemplative Nature is a series of workshops in the Institute Woods exploring meditation with experiencing the outdoors.

His Holiness the Dalai Lama reflects on Princeton's Motto

A short film about His Holiness the Dalai Lama's visit to Princeton University on October 28, 2014.

The Clowning Project Clown? Does this word make you think of circus performers with bright red noses and painted-on smiles? Or horror movie villains terrorizing young children? In this workshop we will look at another definition of the clown: the stupidest version of you, your inner child, the thing that your friends make fun of behind your back.

Poverty and Peacemaking is an interdisciplinary conference and gathering that is co-sponsored with Sant’ Egidio, and includes scholars, religious leaders, local partners, students, and philanthropists.

Religon and the United Nations is an ongoing series of conversations with UN officials, scholars, and religious leaders, about the role religion plays in various missions for particular UN agencies.

The Buncher Conference is an international multi-faith event based in Europe aiming at bringing to gather top leaders from different disciplines to discuss critical issues pertaining to the life of their communities.

Project Downtown is a bi-weekly gathering of students who make and serve food for the poor in Trenton New Jersey. 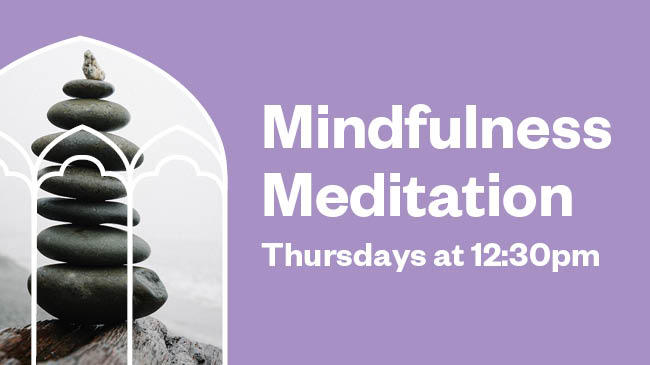